Refined and perfected thanks to more than 23,000 hours of intense Research and Development work, T-GT II has been designed to take the amazing Force Feedback performance of its predecessor (the T-GT) to even greater new heights. With T-GT II, gamers on PlayStation 5, PlayStation 4 and PC can enjoy brand-new levels of precision and durability.

In order to ensure the maximum levels of durability and quality over time, T-GT II features a brand-new electronic design with AEC-Q-certified printed circuit boards, from the real-world automotive industry.

The goal behind this reworking of the internal components used in Thrustmaster’s T-GT II is to meet the needs of the world’s most competitive expert racers who use their racing simulation gear as real work tools — throughout extremely long training sessions, and incredibly intense competitions.

Drift management is a must for all drivers who need to carefully control their car’s skidding in turns.

With this in mind, T-GT II employs a technology allowing for real-time drift curve calculation (T-DCC), thereby maintaining the responsiveness of both the wheel and the car in the game in all circumstances. This built-in T-DCC feature allows drivers to focus their attention on making very precise movements, in order to always be able to stay one or two steps ahead in terms of their driving.

Force Feedback effects are managed by a built-in processor in real time. This means that these effects do not depend on the game itself in order to avoid any hiccups with respect to responsiveness — and the best part is that this holds true for all games, both on consoles and PC. In this way, Thrustmaster’s proprietary T-RTF technology allows users to enjoy gameplay without any dead zones or latency.

The Thrustmaster T-GT II racing wheel ensures perfectly linear Force Feedback effects: the force felt by the user is 100% proportional to the force determined in the game. Cars’ behavior and track conditions are faithfully reproduced, with a breathtaking level of detail.

This allows racers to anticipate and react more efficiently to track conditions, thanks to the information transmitted through the racing wheel. This improves users’ comprehension of their driving, helping them to beat records and win races.

This high-powered motor provides the velocity required to generate remarkably dynamic and powerful effects. Thanks to its velocity, the motor also transmits faster and stronger responses to racers in real time, enhanced by Thrustmaster’s  proprietary T-LIN technology.

Years of collaboration with Polyphony Digital have resulted in the creation of in-depth sensations in the steering column.

Combining brushless motors’ refined Force Feedback with this Depth Feedback technology creates a realistic 3D perception of the environment. As a complement to standard Force Feedback, this system improves the driving experience with a new range of effects including tire adherence (grip or slippage) in understeering and oversteering, mass transfers, road textures and irregularities, suspension and other parameters specific to each vehicle and circuit. 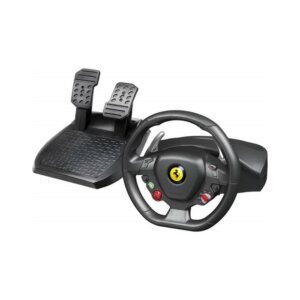 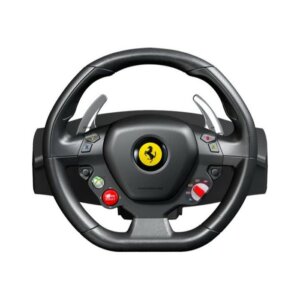 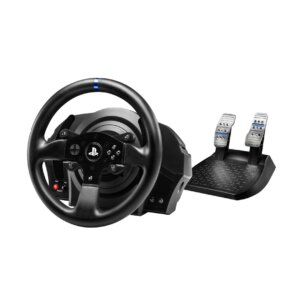 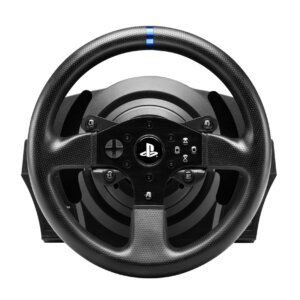 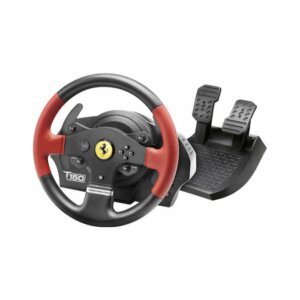 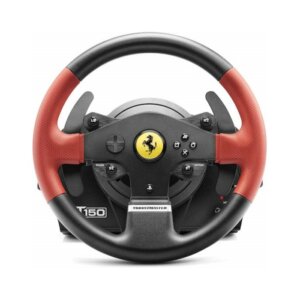 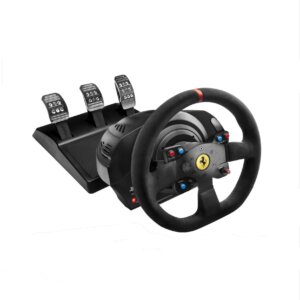 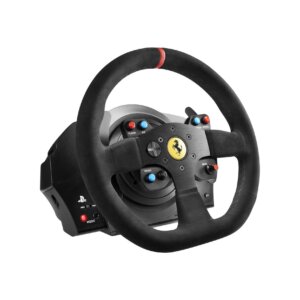 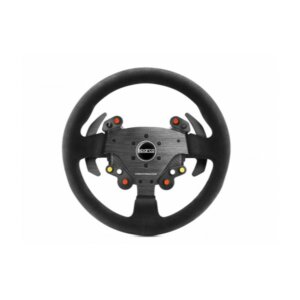 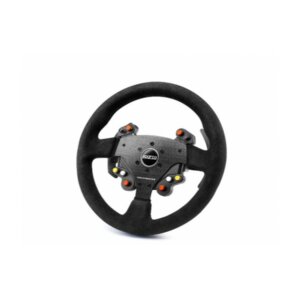 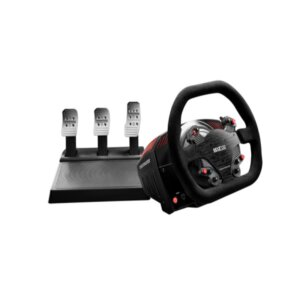 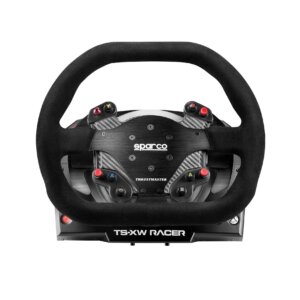